CHURCH OF THE HOLY SPIRIT, VERONA

Following a childhood dream, Father Jerry entered the priesthood after a first career in Human Resources with Marriott International working at ten different hotels in Manhattan and northern NJ.  Verona born and bred, Father Jerry earned his Masters of Divinity from Drew Theological Seminary in Madison, NJ in 2015 and was previously seminarian at St. Luke's Episcopal Church in Montclair. For undergraduate, Father Jerry attended Iona College in New Rochelle, NY studying Speech Communications and soon after received a M.S.Ed. in Counseling from Fordham University at Lincoln Center.

Father Jerry began at Holy Spirit Verona in May 2015 and co-leads the congregation currently with our Curate, Churchwardens and Vestry.  Father Jerry's joy-filled approach has brought energy, new ideas, and excitement to Holy Spirit.  Jerry enjoys being a priest in his hometown as well as serving as Chaplain to the Verona Chapter of the Italian-American Service Organization (UNICO National). Father Jerry has been married to his husband Randy Johnson since 2004 (before same-sex unions were permitted in The Episcopal Church).  Father Jerry and Randy were the first same-sex couple to be married in West Orange (their current residence) when the law changed in 2013.  One of the many joys of their lives are their dogs, now deceased Max and Bear, and currently Maggie and Benji.​

Rev. Katherine Rollo is a priest in the Episcopal Diocese of Newark, having been ordained on December 18, 2021.  She is a graduate of Drew Theological Seminary, in Madison and obtained a Master of Divinity.  As part of the requirement for ordination to the priesthood she has also served as Chaplain at St. Barnabas Hospital.  She served as the seminarian (beginning in September 2019) and Transitional Deacon (May 2021) here at Holy Spirit, before accepting the role of Curate.

Baptized Roman Catholic at Our Lady of Mt. Carmel in Montclair, Rev. Katherine attended Immaculate Conception grammar school and graduated high school there in 1966.  In 1970 she obtained a degree in elementary education from Seton Hall University and taught in Jersey City, Newark and Kearney.  Later she left teaching for a career in business working for what was then New York Telephone Company.

With early retirement came the opportunity to pursue her interests in helping people to live a healthy lifestyle.  She became a personal trainer working for the North Jersey Regional Arthritis Center and obtained certifications in Spiritual Direction, Reiki and Healing Touch.  This desire to serve and comfort lead her to discern her call to the priesthood.

Her husband John, a lifelong Episcopalian, introduced her to the Church.  Married in St. Luke’s, Montclair in 1993, they lived in Clifton before moving to Verona in 2007.  Rev. Katherine completed her first year as a seminarian at St. James in Upper Montclair where her husband is currently Treasurer.  Although time is scarce these days, it has not stopped them from enjoying their love for antiquing and their goal of attending all the major league baseball stadiums. 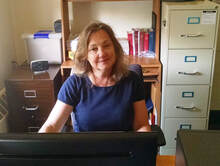 Catherine is not only our Parish Administrator, but a member of our congregation. She's the voice you'll hear when you call the Church of the Holy Spirit.  Catherine's knowledge of the workings of Holy Spirit, as well as her natural warmth and calm spirit, make her an ideal addition to our church staff. 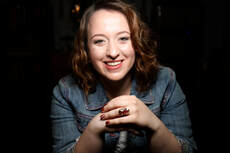 Ema Mitrović has shared in a number of music ministries, namely St. Vincent de Paul RC Church of Bayonne, NJ, where she served for 11 years as alto section leader in the resident choir and as one of three cantors.  She's had the sincere pleasure of visiting different churches in the tri-state area and enjoys sharing with different communities, musicians, parishioners, and listening to the homilies/sermons of different pastors and priests.  Ema, a professional mezzo-soprano, holds a BM in Voice Performance from New Jersey City University.  Her specialty is in operatic/classical repertoire and has sung in roughly 20 operas thus far, including performances at Lincoln Center and Carnegie Hall.  A strong cross-over who enjoys all varieties of music, she has also enjoyed performing at some of New York City’s popular jazz clubs, including Birdland, Smalls, and the ever small, 55 bar.   When not performing, Ema is the proud teacher of nearly 40 private voice and piano students, serving on faculty at 2 schools, including the non-profit organization, The Wharton Institute for the Performing Arts, Elefante Music, and holds her own private home studio.  Ema is proud to be a first generation American from parents from former Yugoslavia, and is a New Jersey native, born in Secaucus, raised in Hudson County’s North Bergen, and currently resides in Essex County’s, East Orange.

A mother of three adult children, Kathleen lives in Parsippany and works in payroll for a Bloomfield-based company. She is also certified as a Domestic Violence Advocate. In previous roles, she has worked in other church school settings as well as in retail. She is owned by several canines, and an occasional feline or three. 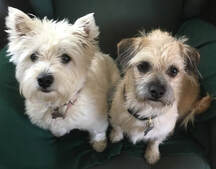 Meet Maggie and Benji who on Fridays may greet you at the parking lot door, in the Fellowship Hall playing with their toys or in Father Jerry's Office resting.  You may also find them walking around Gould Street together; say hello when you see them! 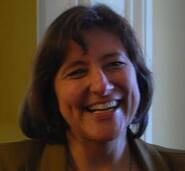 Jane joined the Church of the Holy Spirit in 1993 when she was looking for a local church in which to raise her two children. She soon became involved with the Sunday School program, and spent 17 years guiding the children of Holy Spirit.  She has served on the Vestry, as Warden, and in other ministries in the past and is excited about the future of Holy Spirit. 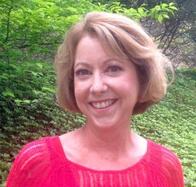 Patti Walsh has been a member of Holy Spirit for over 10 years, since moving to Verona. She is married with two children, and works in corporate communications. 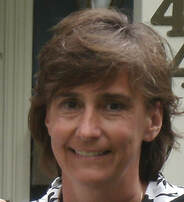 Tricia is married and the mother of three adult children. She also works as a dental hygienist and does amazing work in the world of canine rescue. Looking to foster or give a dog a forever-home? Speak with Tricia!